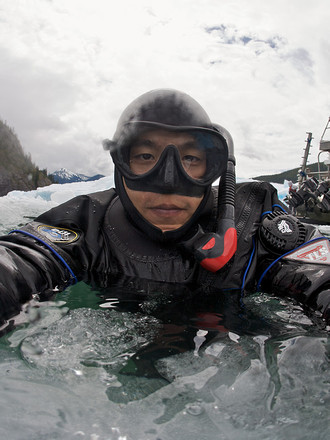 Eric Cheng is Director of Photography at Lytro and is an award-winning underwater photographer. Eric won a prestigious Antibes Festival award for his work with Wetpixel.com, the Antibes underwater imaging web site of the year. His underwater photographs have won contests like the prestigious Nature's Best Magazine photo competition, which placed some of his work in the Smithsonian's Natural History Museum. Eric's photography has been seen in dozens of magazines and books worldwide.

Through Wetpixel Expeditions, Eric leads regular photography expeditions and workshops around the world. He has given seminars and lectures internationally at events such as TEDx, Boston Sea Rovers Clinic, DEMA, Digital Shootouts, Kona Classic, Scuba Diving Magazine events, and others.

Eric is heavily involved in ocean conservation and is on the Board of Directors of Shark Savers, an organization dedicated to shark conservation.
© Eric Cheng
Powered by ZENFOLIO User Agreement
Cancel
Continue